Dacic: Serbia's going to parade will not be liked by some 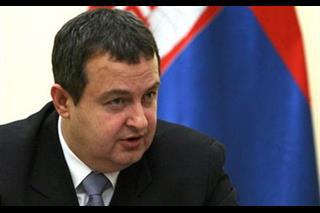 BUDAPEST - Serbian Foreign Minister Ivica Dacic said Tuesday that Serbia's decision to take part in the Victory Day military parade in Moscow on May 9 would not be liked by everyone, but Serbia was pursuing a sovereign foreign policy conforming to its national and state interests.

"I do not expect any problems, but not all will welcome this decision," Dacic told reporters in Budapest, where he is taking part in a ministerial meeting on energy security in Central and Southeast Europe.

The Serbian foreign minister pointed out that Serbia had made a major contribution to the fight against fascism during World War II.

"Our representatives have been taking part in all military parades around the world, (and in this particular case Serbia will be in Moscow) not for reasons pertaining to the realm of daily politics but to take part in marking an important day in history," Dacic said.

According to Dacic, Serbia is a country pursuing a sovereign and independent foreign policy and making decisions in consonance with its national and state interests, particularly when it comes to issues that cannot create any historical dilemmas, such as marking an anniversary victory over fascism.