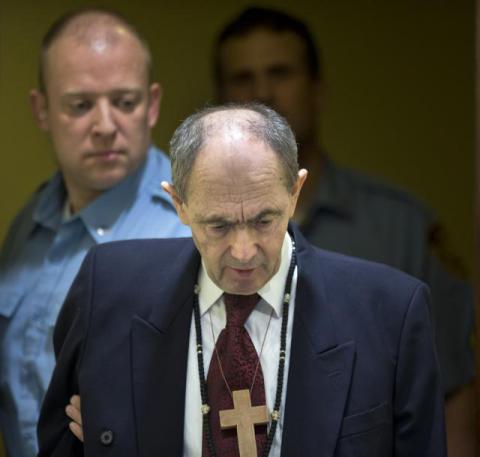 THE HAGUE -- The Hague Tribunal on Wednesday confirmed a life sentence handed down to retired General of the Army of Republika Srpska (VRS) Zdravko Tolimir.

Tolimir, a former intelligence and security affairs assistant to the then commander of the VRS, Ratko Mladic, was found guilty of genocide against Muslims in Srebrenica in 1995.

This verified the first-instance verdict for Tolimir, pronounced in December 2012, the Beta agency reported, and added that Tolimir is the third former VRS officer to have been convicted of genocide in Srebrenica, after Vujadin Popovic and Ljubisa Beara, who also received a life sentence.

The Appeals Chamber presided by U.S. judge Theodor Meron "partially accepted seven counts of Tolimir's appeal, repealing the parts of the verdict which sentenced him for genocide in Zepa," the agency said, and added that Meron stated that "Tolimir's responsibility does not justify reconsideration of the sentence."