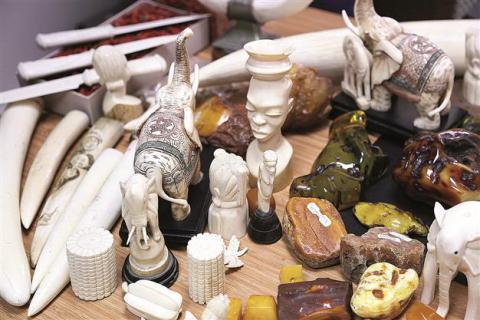 Police seized souvenirs made from endangered species of animals and worth around 500,000 Turkish Liras from a shop in Istanbul?s historic and touristic Grand Bazaar.

Police raided the shop in the Grand Bazaar, located in the historic peninsula of Istanbul, after a tip and captured 82 pieces of ivory and walrus? teeth, more than four kilograms of red coral, 130 centimeters of crocodile skin, more than seven kilograms of amber stone and other souvenirs made from endangered species.

The owner of the shop, identified as T.B., was determined to have acted against the Convention on International Trade in Endangered Species of Wild Fauna and Flora (CITES), which has been in force in Turkey since 1996, by smuggling parts of endangered animals into the country and making souvenirs out of them.