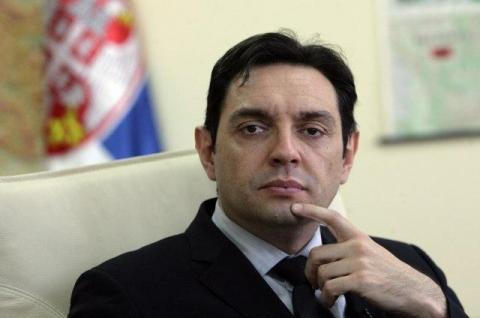 BELGRADE -- The pressure that Serbia has been subjected to because of its decision to take part in the Victory Day parade in Moscow is "impermissible."

This is according to Serbian Labor Minister Aleksandar Vulin, who also told the Belgrade-based daily Vecernje Novosti in an interview to be published tomorrow that Belgrade was "not surprised."

In reference to the 1999 NATO air strikes, Vulin added that "the bombing of Serbia was also impermissible, but it happened."

"We are carefully monitoring everything that is happening on the global plane, we are not ruling out new pressure. But, we respond to all that by adhering to Serbia's interests," he said, and added that "Prime Minister Aleksandar Vucic says the same in Brussels and other capitals that he does in Belgrade - we are going toward the EU, we are not imposing sanctions on Russia."

"I think our partners both from the East and from the West respect our positions," Vulin said.

Asked "whether there are any new conditions when it comes to Kosovo," and "will we, if that continues, give up on our European road," Vulin said it is "a fact there exists a policy where something new is cropping up all the time, asked of us, interpreted differently."

"Is that a reason to redefine our foreign policy - at this moment that's a question difficult to answer," Vulin was quoted as saying.

When the interviewer noted that he was "criticized in Croatia of opening up new wars" after the polemic between him and officials of that country, Vulin asked: "What sort of relations between countries would those be if two statements could damage them?"

"This government tells the truth and won't let Serbia...