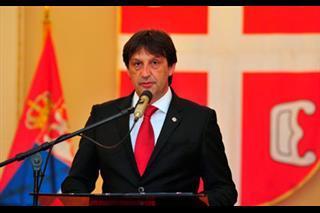 During a ceremony in the Guard House in Topcider held late on Tuesday to mark the Army Day, Gasic noted that the government has provided extensive assistance in the modernisation of military units, which constitutes a prerequisite for good operative and functional capacities of every army. He said that the reforms in the Defence Ministry have begun and that reorganisation and professionalisation in the army has been launched upon adoption of adequate laws and bylaws.

Gasic expressed gratitude to foreign armies on exceptional cooperation achieved in the previous period. The minister recalled that April 23 as the Army Day has special importance for the people of Serbia because it is being celebrated in honour of the Takovo Uprising against the Ottoman Empire and it represents an introduction into the final liberation and recognition of a modern Serbia.

The ceremony was attended by Serbian President Tomislav Nikolic, ministers, MPs, representatives of the diplomatic and military-diplomatic corps, the Army, church and religious communities.