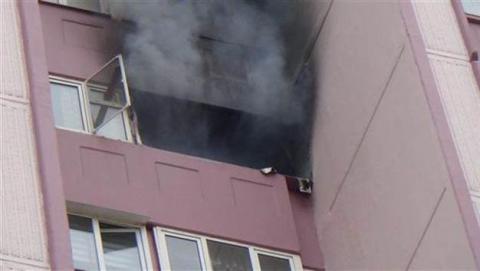 A technician tested a possible gas leak at a house in the northwestern Turkish province by using a match, seriously injuring himself and the homeowner due to the ensuing explosion, Anadolu Agency reported April 25.

Ne?at Tural, the technician, came to Nihal Davarc?'s apartment in the Çorlu district of Tekirda? to replace a propane cylinder in the kitchen. Both of them were seriously injured after the technician used the match, with the explosion heavily damaging the apartment on the 11th floor and shattering the windows of the buildings in the vicinity.

Firefighters managed to extinguish the fire that resulted from the explosion, while Tural and Davarc? were taken to Çorlu State Hospital with serious injuries.