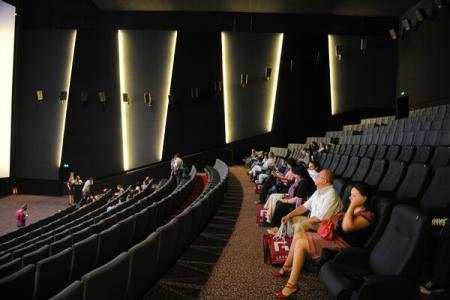 The prize worth 10,000 euros was awarded ex-aequo to the film directed by Ana Lungu and to the "Varvari" (Barbarians) co-production (Serbia, Montenegro, Slovenia), directed by Ivan Ikic.

The award granted by the jury of Linz joins the other two distinctions "Autoportretul unei fete cuminti" received in the Bucharest International Film Festival ? the Public Award and the Best Director Award.

The feature film will be presented on May 10, at Cinema Pro of Bucharest, within the European Film Festival, in the presence of the filmmaking team, an event organised by the Romanian Cultural Institute and the European Commission Representation in Romania, under the European Union National Institutes for Culture (EUNIC) aegis, with the support of European countries' embassies and cultural centres.

The film premiere in cinemas will take place on September 25, the feature being distributed by Mandragora.

"Autoportretul unei fete cuminti" tells Cristiana's story, a 30-year-old woman, raised in a "well-to-do" family. The character, played by theatre actress Elena Popa, spends time between writing her doctor's degree thesis on seismic engineering, the talks with the two close friends, Alex (Andrei Enache) and Michelle (Iris Spiridon), and the meetings ? rare, but much expected ? with a married man (Emilian Oprea), with whom she has a love affair. After her parents move out, Cristiana stays to live alone in a flat in Bucharest...