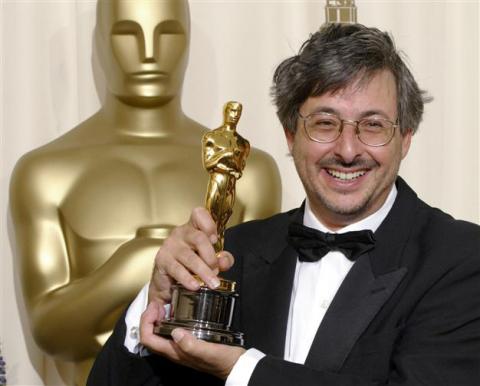 Oscar-winning Australian cinematographer Andrew Lesnie, best known for his work on "The Lord of the Rings," has died, friends and colleagues said April 29. He was 59.

Lesnie died April 27 after suffering from a serious heart condition for the past six months, the Australian Cinematographers Society said in a statement, after the group's president confirmed Lesnie's death with his family.

Recently, Lesnie worked on the Australian war drama "The Water Diviner" with Russell Crowe, who tweeted: "Devastating news from home. The master of the light, genius Andrew Lesnie has passed on.

Lesnie, a Sydney native, won an Academy Award in 2002 for "The Lord of the Rings: The Fellowship of the Ring," the first film in the series. He worked with New Zealand director Peter Jackson on all six "Lord of the Rings" and "Hobbit" films, along with the 2005 remake of "King Kong" and "The Lovely Bones."

"In an emotional statement, Jackson said he considered Lesnie a brother who was a calm, steady and supportive presence on set and who never sought admiration despite being one of the greatest cinematographers of all time.