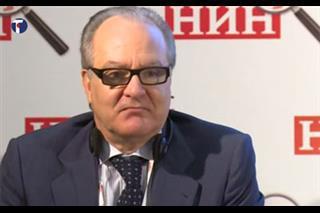 BELGRADE - Serbia has climbed out of recession and this year is expected to record an increase in economic activity, Andrea Simoncelli, president and CEO of insurance company Generali Serbia, said on Wednesday.

Serbia has definitely emerged from recession owing to the government's efforts from the last year that have started to yield results, Simoncelli said at a round table dubbed "Insurance - one year after the floods: The things we learned" organized by NIN Fokus with the news agency Tanjug as its media partner.

The positive indicator of the economic growth is the fact that last year Serbia attracted one billion euros of foreign investments, Simoncelli said, noting that the country has a comparative advantage of good trade relations with Russia and the EU.