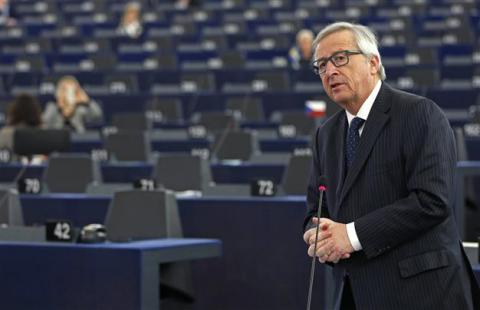 European Commission head Jean-Claude Juncker said April 30 he expected Berlin to get to the bottom of a Brussels spy scandal after Germany reportedly snooped on the EU and France at Washington's behest.

In a turnaround for Berlin which has long been portrayed as a victim of snooping by allies, the Sueddeutsche Zeitung daily said German intelligence services had carried out "political espionage" on the Commission and top French officials.

"I do not know if German agents are active here," Juncker told reporters when asked about the report.

"I know from personal experience that (the secret services) are very difficult to be kept under control. The German authorities will have to deal with that and I expect they will," he added.

"I don't have any intelligence evidence about what was happening in Germany, so it would be irresponsible to give you a clear cut answer to this... this will have to be sorted out by the Germans, including parliamentary authorities, and we will see."

Juncker's spokesman Margaritis Schinas added that the EU was "on the ball" in terms of counterespionage efforts but would not give further details.

German Chancellor Angela Merkel -- whose own mobile phone was reportedly bugged by US intelligence -- found herself embarrassed earlier this week when Bild daily said her office had been informed in 2008 of Germany's involvement in US espionage but did nothing.