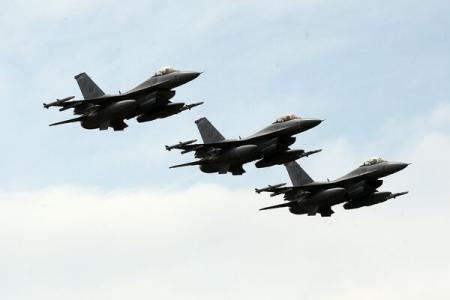 The bilateral drill "Falcon Defence 2015," in which Romanian and Portuguese troops are participating, is being held May 4 to June 30, at the "General Emanoil Ionescu" 71st Airbase in Campia Turzii.

According to a Tuesday's release for AGERPRES from the Ministry of Defence, participating in the exercise are approximately 150 Romanian troops, airmen and technical staff, with MiG-21 Lancer warplanes that belong to the said airbase, and 180 Portuguese troops, with four F-16 aircraft and the related technical staff.

"The participants in the activity are aiming at training jointly, in a unitary conception, to fulfill specific inter-operability requirements of the North Atlantic Alliance and ensuring regional stability and security, in the current security context in the eastern flank of NATO," reads the Ministry of Defence release. AGERPRES