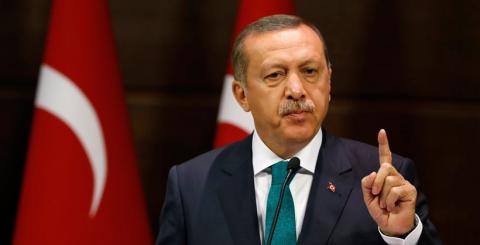 State-run Anadolu reported this week that Turkish President Recep Tayyip Erdogan wants to “bargain” with Greece for the reopening of the Halki Orthodox seminary in Turkey.

The seminary, on the eponymous Sea of Marmara isle known as Halki or Heybeliada in Turkish, was closed by authorities in 1971. Previously it was the primary religious instruction academy for the Istanbul-based Ecumenical Patriarchate.

According to reports out of Turkey, Erdogan wants the Greek government to allow the opening of a mosque in the northern city Thessaloniki, which incidentally, is the birthplace of modern Turkey’s very secular-minded founder, Mustafa Kemal Ataturk.

Greece’s standing position is that the building of mosques in the predominately Orthodox Christian country is not a bilateral Greek-Turkish matter, whereas the Halki seminary’s reopening deals directly with religious freedom in Turkey, the rights of that country’s now tiny Orthodox community and its international obligations.

Hurriyetdailynews.com cited a statement by Mustafa Armağan, a magazine editor who was present at a luncheon hosted by Erdoğan for a group of historians and academics on Thursday.

The major news site said the event primarily dealt with Turkey’s response to stepped up Armenian attempts for further recognition of the 1915 Armenian Genocide, an issue that usually generates a heated reaction from Ankara.

Armağan quoted Erdoğan as saying that his administration was ready for the swift opening of the Halki Seminary if Greece allowed a mosque to operate in Thessaloniki.

The increasingly authoritarian Erdogan, previously described in western media as “mildly Islamist”, had in the past called for the opening of a mosque in Athens. Nevertheless, his latest comments shifted to Thessaloniki, Ataturk’s hometown.

Most of the mosques found in Greece are located in the northeast border province of Thrace, where a Muslim minority is hosted. That community’s rights are, in fact, expressly listed in the 1923 Treaty of Lausanne, as are the ethnic Greek community’s rights in Turkey – regardless of the fact that there are only … 5,000 people of the latter community left in Turkey.