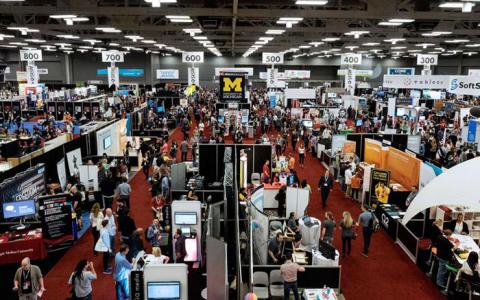 The hall of the Hilton Hotel in Austin, Texas, was jam-packed. Comedian James Adomian, best known to the 30-something generation for his imitations of former US President George W. Bush, was hosting the South by Southwest (SXSW) awards for creative innovation as part of the world's biggest festival of music, film and new technologies, bringing together some 72,000 participants in March.

Dr George Koutitas, aged 34, was in attendance for the second time. The former academic and research assistant at the International Hellenic University emigrated from Thessaloniki to Austin less than a year ago, starting a company, Gridmates, which was among the 25 finalists in the New Economy category.

The idea for Gridmates came to Koutitas (photo) two years ago while he was watching a show on Greek TV about families living without electricity in the crisis. Thinking of ways he could help, and with the assistance of his engineer father, he built an innovative device that combines photovoltaic energy with used car batteries. He soon realized that this would not generate enough power to run an air-conditioning unit or an oven, so he came up with the idea for the company.

"As I looked at the battery I had the idea of creating online energy packages that people can donate," said Koutitas.

Initial research showed that there was nothing similar around and that, given the lost revenues of energy companies from unpaid bills, a platform where consumers can swap energy could solve a lot of problems.

"It's a simple way of reducing energy poverty as well as the costs of suppliers," explained Koutitas.

A large part of the company is back in Greece, together with his co-founder and four programmers. For...