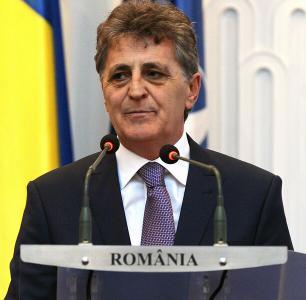 The National Defence minister, Mircea Dusa is going to visit on Tuesday the Fetesti 86 Airbase in order to assess the stage of the rehabilitation and modernization works of the aircrafts' runways, a press release by the relevant ministry informs.

According to the National Defence Ministry (MApN), Mircea Dusa will then leave for Deveselu, in the Olt County to check on the evolution of the works of the investments in infrastructure at the anti-missile defence Facility.

Mircea Dusa has stressed at end-April when visiting Zalau town that in 2015, the reconstruction of the Fetesti military base dedicated to the F16 aircraft, will be almost done.

"The rebuilding of the runway and its 300-metre extension and the construction of some new airsheds, F16 compatible command and control systems, are considered. Most of the Fetesti investments targets have to be operational by this October-November," said, at that moment, minister Dusa. AGERPRES