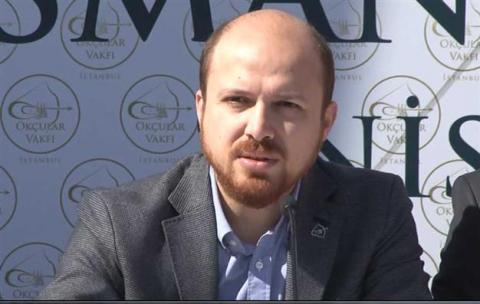 An ?expert? report submitted to a court investigating the wiretapping of then-Prime Minister Recep Tayyip Erdo?an has claimed that certain words in the recordings were fabricated, highlighting inconsistencies in the recordings.

The indictment prepared on the illegal wiretapping of encrypted phones belonging to high-ranking figures included the expert report on the 11 minute-long phone conversation between Erdo?an and his son, Bilal Erdo?an. The report suggested that the conversation was composed from different sources.

A special phrase which refers to ?zeroing,? or unloading, all the cash the Erdo?an family held was a mix of five different pieces from separate speeches, the report claimed.

In addition, it also claimed that the voice of Sümeyye Erdo?an, Erdo?an?s daughter, was added into the background in order to add authenticity, as it sounded unnatural in the recordings.

The report also said the conversation was not wiretapped by a bugging device, but rather by phone line interception.

It concluded that a closer, forensic voice examination was necessary to determine the authenticity of the voices.

According to the results of studies conducted at the Istanbul Anti-Terror Department, private conversations recorded as part of a probe into the Selam-Tevhid organization were filed even though they were allegedly irrelevant to the investigation.

A number of suspects, including police officers, have either been detained or arrested as a part of the wave of illegal wiretapping investigations.