DefMin in Brussels: Cooperation with NATO in development of military capabilities is very important 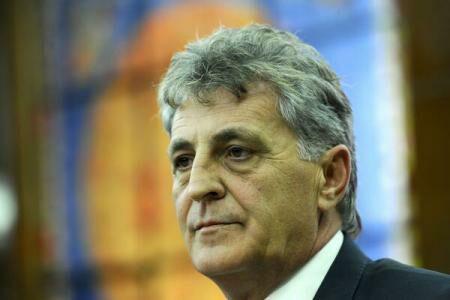 National Defence Minister Mircea Dusa on Monday participated in the meeting of the Foreign Affairs Council and in the works of the Steering Board of the European Defence Agency, on which occasion he said that, in the current security context, "the cooperation with the North Atlantic Alliance is the development of military capabilities area is very important."

"The cooperation in the defence area must be grounded not only on the convergence of the planning processes and the information exchange, but also on the employment of standards, procedures and regulations existing within NATO, as much as possible," Dusa showed, according to a National Defence Ministry (MApN) release remitted to AGERPRES on Monday.

According to the Defence Minister, the meetings in Brussels represented "important opportunities" for identifying the common priorities of the European Union member states in the defence area.

"The decisions adopted will contribute to the preparation of the European Council meeting devoted to security and defence on a head of state and government level, to take place at the end of June, aimed at consolidating the Union's profile as credible player on the stage of international security," the MApN release quotes Dusa as pointing out.

During the meeting of the Steering Board of the European Defence Agency (EDA), the Romanian Defence Minister hailed the activity of the EDA, which "paid efforts for facilitating the cooperation among member states, an aspect which, in Romania's opinion, needs a special attention of the European leaders" and supported the implementing of the measures meant to endorse the small and medium-sized enterprises, respectively the identification of some...