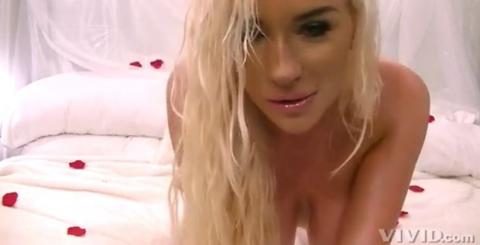 Sexy Samaritan teen bride Courtney Stodden is breathing new life in what it means to do good. The starlet, now 20, struck a deal to produce a solo sex tape, titled “Courtney Uncovered”, for which she reportedly received $1m. Instead of a spending spree or the rush of cocaine, Stodden plans to donate the money to charity.

She told US Weekly: “As you may know – based on my affiliation with groups like PETA, etc, and being a strict vegetarian – I’m a staunch supporter of animal rights. I also have an interest in helping children who are contending with cancer.”

The teen bride married Doug Hutchison, aged 54, when she was 16 and is now debating which charity she’ll give the money to, something she considers a “privilege.”