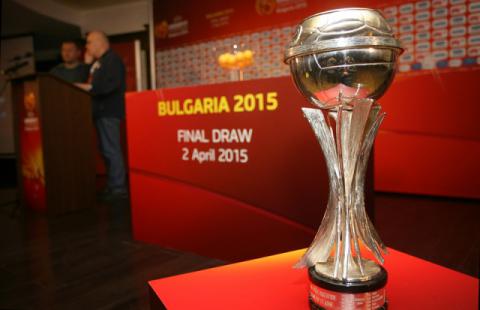 The President of UEFA Michel Platini will attend the final match and the award ceremony of the European Under-17 Championship, which are taking place in the Bulgarian city of Burgas on Friday.

The final, which will pit against each other the teams of France and Germany, will take place at the Lazur stadium in Burgas at 20:00 local time

The tickets for the final, which go on sale on Thursday, will be at the price of BGN 2 and can be purchased from the ticket offices of the stadium and online at eventim.bg.

The first ten people to purchase online tickets on each of the two days will receive a card with an autograph from the official ambassador of the tournament Stiliyan Petrov.

The closing ceremony will start an hour before the final and will offer an attractive programme filled with many surprises.

It is expected that French football legend Zinedine Zidane will also attend the final, cheering for his son Luca, whose remarkable performance proved decisive in the semifinal against Belgium.

Luca Zidane showed impressive goalkeeping skills, saving three penalties in the shoot-out and sending his team to the final after 1-1 in the regular time and 2-1 on penalties.

The opening ceremony at the Beroe stadium in Stara Zagora already broke the record for the highest attendance in the tournament for a match different from the final.

The ceremony, which was followed by the match between Bulgaria and Croatia, was attended by 10 640 people.