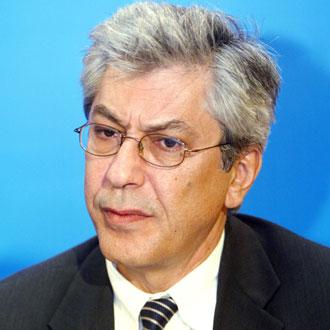 The Greek government named former banker Giorgos Michelis as chairman of the country?s bank rescue fund on Monday, which has been without a head since the resignation of both its chairman and chief executive earlier this year.

The Hellenic Financial Stability Fund (HFSF), financed by the country?s bailout package, is the rescue vehicle that recapitalized Greece?s big banks and covered the costs of winding down others deemed non-viable.

Michelis has held a series of posts in the banking industry, including CEO at Bancpost, a Romanian subsidiary of Eurobank, and chief operating officer at Egnatia Bank, where he was a founding member.

The HFSF has been headless since CEO Anastasia Sakellariou was asked to resign after prosecutors ordered her to stand trial for her role in bad loans issued by defunct state lender Hellenic Postbank. Its chairman, Christos Sclavounis, stepped down in March.

Europe's biggest robotics festival, Robotex, to be held in Athens in April

Mayors to petition PM over migration

Poet Katerina Anghelaki-Rooke to be buried in Egina on Thursday