Polina Gagarina bares all in 2012 edition of ‘Maxim’ 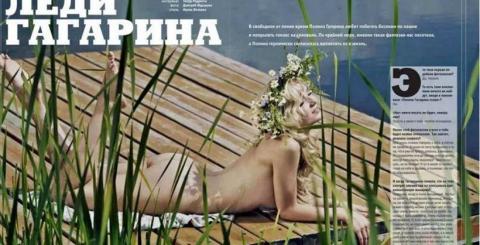 The impressive Polina Gagarina, who placed second in Saturday’s Eurovision song competition with her song “A Million Voices”, only wore her shapely “birthday suit” in a photo spread for the Russian-language edition of “Maxim” magazine in 2012.

Gagarina, who almost won the title and was only bested by Sweden’s entry, had spent many years in Greece, as well.

The 28-year-old beauty who hails from Moscow won the Russian reality show Star Factory in 2003 posted a number of hits in her native Russia and across the Russo-sphere.