Number of foreign visitors to Turkey decreases by 8.1 pct in April 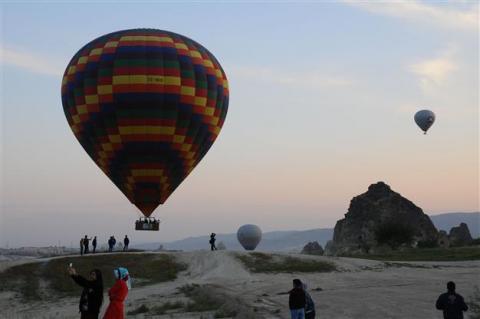 The number of foreign people visiting Turkey decreased by 8.1 percent in April from the same months of the previous year, according to data from the Tourism Ministry.

"The number of foreign visitors decreased to 2.43 million in April, an 8.1 percent decrease from the same period of 2014, upon the temporary figures of the Turkish National Police," said the ministry on May 27.

Around 42.6 percent of them entered the country through Istanbul and 25.5 percent through Antalya.

The number of foreign visitors decreased by 0.5 percent in the first four months of the year to 6.96 million, compared to the same period of 2014, according to the data.

Around 48 percent of them entered the country through Istanbul, followed by Antalya with 16.6 percent and the northwestern province of Edirne.