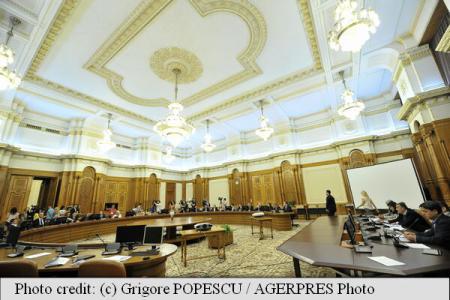 After hearing Ponta on Monday, the Committee voted 18 to 7, with one abstention, to issue a report in favour of maintaining the premier's immunity, Committee Vice Chair Ciprian Nica announced.

The Legal Committee of the Chamber of Deputies will recommend the plenum to reject the request of the National Anticorruption Directorate (DNA) to open a criminal investigation on Prime Minister Victor Ponta.

After hearing Ponta on Monday, the Committee voted 18 to 7, with one abstention, to issue a report in favour of maintaining the premier's immunity, Committee Vice Chair Ciprian Nica announced.

The anticorruption prosecutors had asked the permission to extend the charges against Ponta in a case of forgery, tax evasion and money laundering allegedly perpetrated in his former lawyer capacity; the DNA wants to prosecute him also for conflict of interests after he took office as prime minister.

Ponta is also a deputy; MPs cannot be prosecuted without the approval of their respective chambers. The procedure begins with a General Prosecutor's notification of the Standing Bureau of the lower or upper chamber; in Ponta's case, this step was taken on Friday. The Standing Bureau forwards the request to the Legal Committee, which issues a recommendation to the plenum. Finally, the plenary vote must strip the MPs of their immunity, or maintain it and thus deny the prosecutors' request to investigate.

Ponta has allegedly received unjustifiable payments and benefits from the legal firm of fellow Social Democrat Senator Dan Sova, when they were both lawyers. They later tried to cover up their acts by forging invoices, prosecutors say. When Ponta became prime minister, he exchanged the favour by appointing Sova at various ministries, which would justify the charges of conflict of interests. AGERPRES