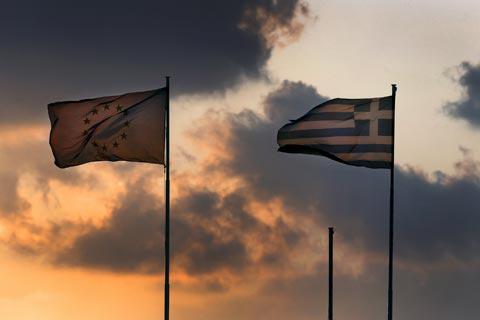 The terminology used to describe Greece?s negotiations with its creditors is becoming increasingly reminiscent of that used in reference to the Cyprus reunification talks, with terms such as ?honorable compromise,? ?mutually acceptable agreement,? ?realistic deal? and ?sustainable solution.? Whichever of the two issues is under discussion, the feeling is practically the same when comparing the forceful demand for an ?honorable solution? to the more defeatist call for ?realism.?

The two issues also have much in common in the belief, or rather delusion, that our sovereign rights will finally outweigh the cold interests of other parties and that at some point we will inevitably be vindicated by dint of our claim?s moral superiority. It is in the same line of reasoning that we believe involving powerful third parties in the discussion (such as Russia, for example, or China) will help bring that vindication faster. Last but not least is the certainty that everything will turn out in our favor with a simple statement of support from the United States, which we tend to believe is always benevolent toward our cause.

The similarities between the bailout and Cyprus talks end here because there are also significant differences between the two. Foremost among them is the parameter of time. A decade in the Cyprus negotiations is a week in the Greek bailout talks. Deadlines are constantly being pushed further forward and changed. Also, in the negotiations with the institutions it is not possible to adopt the kind of ?interim? solution or ?non-solution? that had been favored for quite some time by the Greek-Cypriot side in the belief that at least this way nothing is official.

If Greece came to the talks with nothing but numbers...