US Embassy: Law breaking accusations against gov't officials must be thoroughly investigated, without interferences 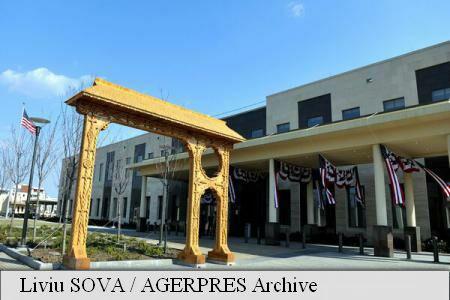 In a press release sent to AGERPRES, the Embassy underscores however that it doesn't comment upon individual cases.

Any accusations against government officials on breaking the law must be thoroughly and without interferences investigated and the law must be equally enforced for everybody, the US Embassy in Bucharest pointed out in the context of the request for the approval to open a criminal investigation against Prime Minister Victor Ponta.

In a press release sent to AGERPRES, the Embassy underscores however that it doesn't comment upon individual cases.

The legal and the rule of law institutions must be able to conduct their activity in a completely independent manner and both the Romanian legislation and the principle of a fair trial must be thoroughly observed, the cited source also shows.

Victor Ponta is under criminal investigation by anti-corruption prosecutors in the Turceni?Rovinari case for forged documents under private signature (17 counts), accessory to continued tax evasion and money laundering, as a lawyer (legal representative of "Ponta Victor-Viorel" Individual Law Firm).

The Deputies' Chamber in a plenary session on Tuesday is debating and voting on the prosecutor general's demand regarding the draw-up of the request for opening a criminal investigation against Prime Minister Victor Ponta.

On Monday afternoon, the Prime Minister was heard on this topic in the Legal Committee of the Deputies' Chamber. At the end, Ponta pointed out that he told his jurist colleagues that the political decisions cannot be censured by a prosecutor, but only the legal decisions.