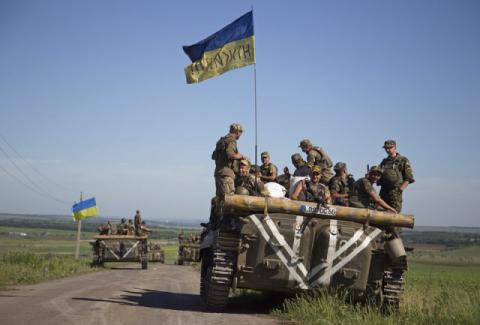 Less than a third of Ukrainians have stated their support for the policies of the current government, according to a research conducted by Pew Research Center, quoted by Financial Times.

Over a period of a year the number of Ukrainians that approve government politics has dropped by 15%. Surveys on public perception were conducted among 11,000 people in Ukraine as well as in 9 more countries, including Russia.

Meanwhile, merely 30% of Ukrainians believe that government politics poses a ''positive influence'' over the situation in the country. More than half of the people asked the same question last year stated their support for local government in 2014.

The most notable decrease of public trust has been detected in Western Ukraine where negative perception of the government has increased from 28% to 54% for only a year.

According to the data only 22% of the population supports Poroshenko's economic policies and 28% support his stance on the conflict with the eastern part of Ukraine.

In Russia, on the other hand, the same research has shown a record level of support for President Vladimir Putin. More than 80% of the people approve the leader's policy toward the EU and the US. Additionally, the number of people who believe their rights and freedoms are being upheld has increased from 18% to 64%.

COVID-19 in India: Coronavirus Has Infected More Than 7.6 Million

OUTDOOR MASKS: See Where and When To Wear Mask in Bulgaria