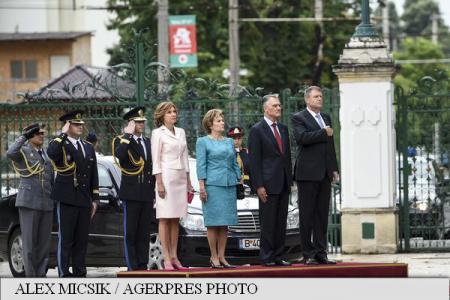 President Klaus Iohannis has received on Wednesday, at the Cotroceni Palace, his Portuguese counterpart, Anibal Cavaco Silva, who is on a state visit to Romania.

President The reception ceremony took place on the official yard of the Cotroceni Palace, where, after playing the anthems of the two states, the president of Portugal saluted the Guard and Protocol Regiment.

The Romanian head of state and his wife, Carmen Iohannis, walked to the court to meet the Portuguese official and his wife, Maria Cavaco Silva.

The two heads of state will hold talks that will be followed by press statements.