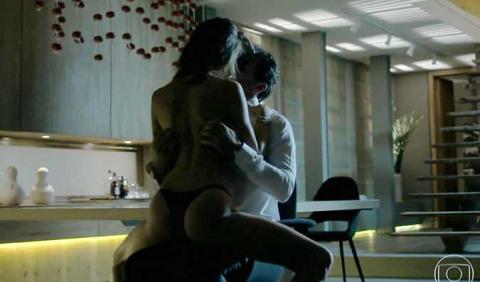 Victoria’s Secret beauty Alessandra Ambrosio has been visiting her country of Brazil recently, and has been partaking in the local soap opera “Verdades Secretas”, as ‘Samia’.

The 34 year-old beauty has recently appeared in HBO’s “Entourage” and “The Tyra Banks Show”, “How I met Your Mother”, “America’s Next Top Model”, and others. Her first appearance on the screen was in “Casino Royale”, in 2006, next to Daniel Craig and Eva Green.

Anyway, these scenes will speak for themselves, and we shall let you enjoy the stills:

Over 8 Million Are Now the Coronavirus Cases Worldwide