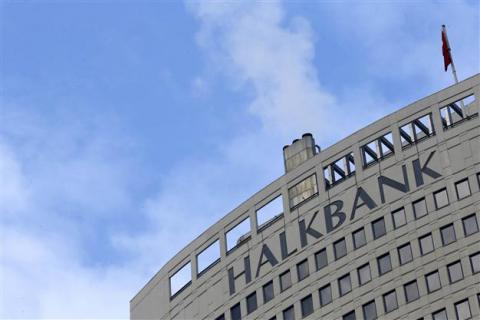 Halkbank, one of Turkey's biggest banks and a state-run lender, on June 17 opened its 33rd branch in the Cair municipality of the Macedonian capital Skopje.

The opening ceremony of the branch was attended by the general director of Halkbank in Macedonia, Necdet Palakç?, Turkish Ambassador to Macedonia Ömür ?ölendil, Cair Mayor ?zzet Meciti and representatives of Turkish institutions in Macedonia, as well as other guests.

Speaking at the ceremony, Palakç? said Halkbank had already bought a majority stake in Serbia's Cacanska bank and it was aiming to be the top bank in the entire region.

Halkbank bought a 76.76 percent stake in Serbia's local lender, Cacanska Banka AD on May 20, 2015. The Turkish bank is also the main sponsor of the National Basketball Team of Macedonia.