Kate Hudson in Greece with her mum, ex, kids… and topless BFFs (photos) 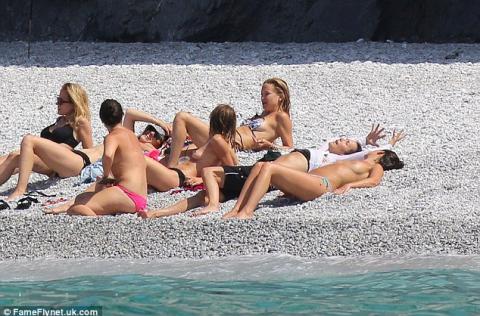 Actress Kate Hudson and musician Matt Bellamy split last year but are still great friends. Rising above petty disagreements that separation can cause, they decided to spend some time on Skiathos together with their two kids – Ryder, 11, and Bingham, aged 3.

Skiathos is one of Hudson’s favorite summer haunts and this time she was joined by her mother, Goldie Hawn, and a large entourage of buddies. The twenty-strong gang boarded a private yacht and went to a topless beach. A number of her friends opted to go topless, but not Hudson. She did go as far as to untie her bikini straps, but her assets remained hidden from the sun… and the paparazzi.