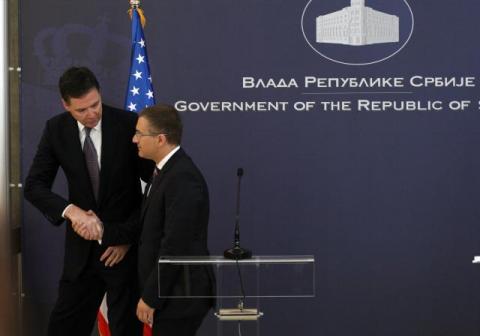 The FBI is "considering opening a permanent regional office in Belgrade," it was said after a meeting between Nebojsa Stefanovic and James Comey.

The Serbian interior minister and the director of the U.S. Federal Bureau of Investigation (FBI) spoke in Belgrade on Tuesday about cooperation between the Serbian Interior Ministry (MUP) and the FBI. The meeting focused above all on "the fight against terrorism, technological crime and corruption," Beta reported.