Caroline Cossey: Playboy’s first, beautiful transexual model speaks on everything she went through 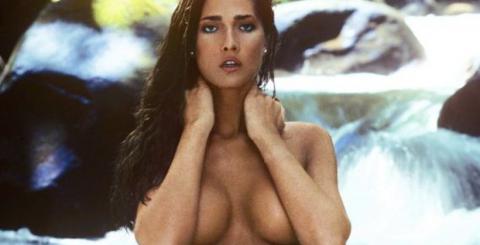 Caroline Cossey, also known as “Tula” was the first transexual model ever photographed for men’s magazine Playboy, in 1991.

British-born Cossey who began her life as a boy, decided really early on to proceed with a sexy change. In the ’70’s, she worked as a model for Vogue magazine and Harper’s Bazaar, without anyone knowing that the beautiful girl was once male. In 1981 she even appeared on the silver screen next to James Bond in “For Your Eyes Only”. Her future was bright.

However, shortly after the movie premiere, a newspaper revealed the truth about Caroline to the public. Everything changed. Even though she gave a few interviews speaking on her experiences, and had a few photoshoots, including the Playboy one, “Tula” slowly disappeared behind the lights.

After two decades of silence, the 60 year old Caroline speaks about everything to Playboy itself, which had hosted her on its pages 24 years ago.

She revealed that even though she adored modeling, she wanted to be known for her success as one rather like the “circus attraction of ‘Tula the transexual model'”.