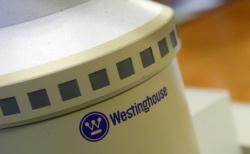 Westinghouse Electric Company and eight European consortium partners today announced that they have received EUR 2 million in funding from the European Union (EU) to establish the security of supply of nuclear fuel for Russian-designed reactors in the EU.

Five EU Member States (Bulgaria, Czech Republic, Finland, Hungary and Slovakia) are operating a total of 18 such reactors, which are currently 100 percent dependent on supply from Russian fuel manufacturers. These reactors provide up to 52 percent of the electricity supply in the Member States concerned. The EU funding is aimed at diversifying nuclear fuel sources in the short- to medium-term, in full compliance with international nuclear safety standards, according to a media statement of the US-based company.

"The decision by the EU to fund this project is significant," said Yves Brachet, Westinghouse president, Europe, Middle East and Africa Region. "It demonstrates that the EU is serious about taking measures to improve its energy security through a diversification of its nuclear fuel sources. Currently, all Russian reactors in the EU have had to rely on Russian nuclear fuel. The project will help to strengthen and secure European supply of this fuel," said Brachet.

The EU funding comes from the Euratom Research and Training Programme, which is part of Horizon 2020, the EU's research and innovation program. The project, known as ESSANUF (European Supply of Safe Nuclear Fuel), focuses on licensing alternative nuclear fuel supplies for Russian-designed pressurized water reactors (VVERs) operating in the EU.

Westinghouse will act as the coordinator for the project. Westinghouse's consortium partners are: VUJE,...

Slovakia Works to End the Corrupt Era of “Our People”