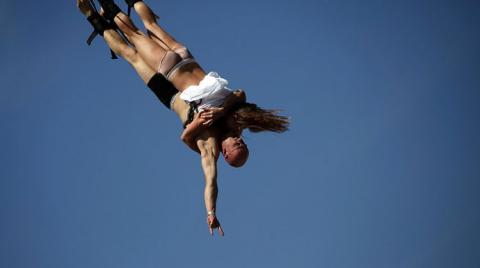 A 28-year-old French woman has died in a freak bungee jumping accident in northern France. The woman leaped from a 60-meter crane with her boyfriend when, according to French police the harness malfunctioned. Her boyfriend is currently in the nearby hospital of Lille but the severity of his injuries are unknown. An investigation by French police has been launched.