Bulgaria to Have Nine Representatives in UEFA Committees 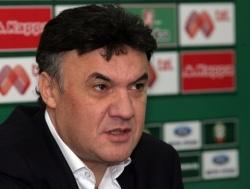 Bulgaria will have a record number of representatives in the committees of the Union of European Football Associations (UEFA).

This became clear after the first meeting of the newly elected executive committee of UEFA in Prague, daily Dnevnik reports.

Bulgarian Football Union (BFS) President Borislav Mihaylov, who was reelected to a second term as member of the Executive Committee, will also chair the Futsal and Beach Soccer Committee and will be a deputy chairman of the Football Committee.

Lawyer Ivaylo Ivkov will sit at the Appeals Body, while the deputy presidents of BFS Yordan Lechkov and Mihail Kasabov will sit respectively on the Youth and Amateur Football Committee and the HatTrick Committee.

Atanas Furnadzhiev will be a member of the Marketing Advisory Committee, while Emil Kostadinov will sit at the Development and Technical Assistance Commitee.

The executive director of BFS Borislav Popov will represent Bulgaria in the Legal Committee, while his deputy Pavel Kolev will sit on Players' Status, Transfer and Agents and Match Agents Committee.

From this year, Bulgaria will also have a media representative as Stiliyan Shiskov will be a member of the Media Committee.