Turkey appealing for UK investors through British Chamber of Commerce 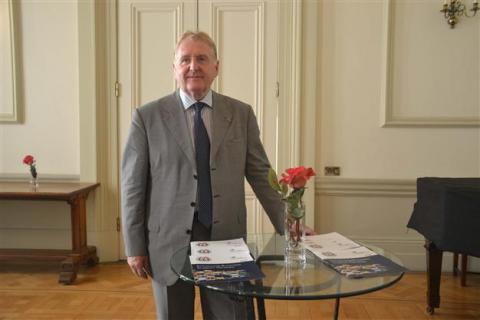 Already bridging economic relations between Turkey and the United Kingdom for more than 100 years, the activities of the British Chamber of Commerce in Turkey (BCCT) have been gaining further momentum over the past two years, the BCCT said in a written statement on July 7.

The BCCT has now been a strategic partner of the United Kingdom Trade & Investment (UKTI) for a year and a half. Closer cooperation with UKTI has empowered the chamber to further improve and expand its value-added services for the benefit of companies looking to engage in commercial activities between the two countries.

According to BCCT Chairman Chris Gaunt, all current economic dynamics point to a promising future for Turkish investment in the U.K., British investment in Turkey, and for partnership and trade between companies from the two countries.

The bilateral yearly trade volume between the U.K. and Turkey has reached $16 billion, nearly 65 percent of which consists of exports from Turkey to the U.K., reads the BCCT statement, adding that the U.K. is Turkey's third largest export market and its 11th biggest import partner.

As the second largest foreign investor in the Turkish market in 2014 with investments amounting to around $1 billion, the U.K. is looking to increase exports and foreign direct investment in Turkey, especially in the area of energy, renewables, and information and communication technology (ICT).

Gaunt pointed out that the chamber provides consultancy services for British SMEs that are interested in the Turkish market, with more than 300 companies contacting it for such services over the last 18 months.

He added that local strategic partnerships are the best...

Man plotted to kill wife who wanted divorce with grenade

No side effects from local COVID-19 vaccine

WHO chief sees 'light at the end of long, dark tunnel'