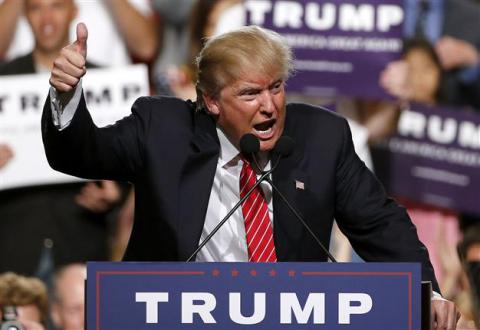 Property tycoon Donald Trump, one of the richest men in America, on July 15 claimed a net worth of more than $10 billion in his race for the White House.

But Forbes, pointing out that Trump has lost a string of business deals after calling Mexicans rapists, insisted he was not worth more than $4 billion.

The 69-year-old has trumpeted his staggering wealth an asset in his quest for political office.

Instead of portraying himself as an average Joe who understands the concerns of the hard-pressed voter, he has presented his success as proof of his leadership abilities.

"This report was not designed for a man of Mr Trump's massive wealth," his campaign crowed about the financial disclosure.

The Federal Election Commission told AFP that the forms would be made public after they were reviewed.

Many boxes required that he check "$50 million or more" -- such as in the case of a building worth $1.5 billion, it said.

On top of his income, he made more than $27 million by selling stocks in January 2014 and still holds a portfolio of around $22 million on the stock market, his team said.

He listed nearly 500 business entities, 91 percent of which he owns in full, and divulged a salary of around $214 million from starring in 14 seasons of the hit TV show "The Apprentice."

But as with almost every move he makes, his financial disclosure got Trump into hot water -- this time with Forbes.

Trump blazed into the campaign in June, promising to "make America great again" in an offense...