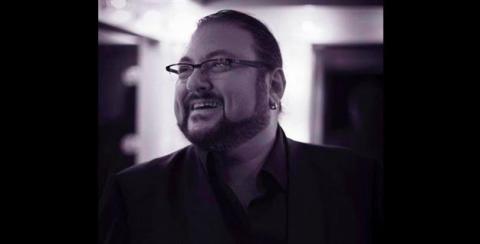 The Turkish Armenian conductor of the Istanbul State Opera and Ballet Theater choir, Kevork Tavityan, has been named the new director general of the theater.

Tavityan was appointed to the position when the former director, ?amil Gökberk, retired after reaching the age limit.

"This is my first day in my new position. I am so happy and honored with being named to this position of great importance for me," Tavityan told Agos Armenian bilingual weekly of Istanbul on July 15.

Tavityan was born in Istanbul, Turkey, in 1968. In 1998, he was accepted into the Istanbul State Opera and Ballet as a soloist.

He gave many concerts in several cities across Turkey and the world as both a choir conductor and a soloist.

He was the chorus chief of a gala concert given to 60,000 people in Essen to celebrate the city's Culture Capital of Europe title.

In addition to his soloist and choir conductor titles, he also gives singing lessons at two universities in Istanbul.

Meanwhile, Ankara's 7th Administrative Court has ruled for the former State Opera and Ballet (DOB) General Director and General Art Director Prof. Rengim Gökmen to be returned to duty on grounds he was taken from his post unlawfully.

Prof. Gökmen, who had been in the post between 2007 and 2014, was removed from his office on July 23, 2014, because of his remarks against the draft law on the Turkish Art Institution (TÜSAK), DOB's written statement had read.

The draft law on TÜSAK was criticized by many that it would lead to the closure of 55 current state art institutions, such as the State Theater (DT) and the DOB, and would also give critical authority to 11 people to be appointed to TÜSAK by the cabinet, which would secure added power to...