Bestiality on the rise: Men arrested for operating animal brothel 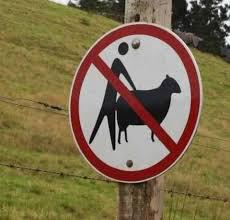 All three men were sentenced to four years in prison. During the trial, the father said that he was aware of the operations but did not manage or profit from it.

47 sheep of different coloring and various breeds were abused as part of the operation including a rare pygmy goat from SE Asia.

Alexey Navalny May Be Arrested upon Arrival in Moscow