Obama urges Britain to stay in EU in BBC interview 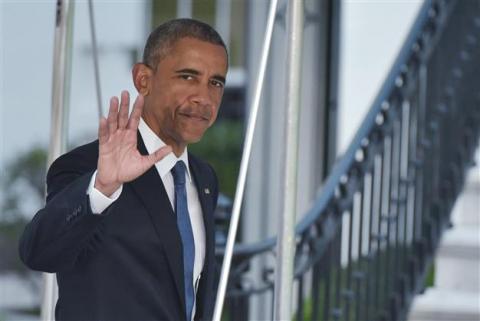 U.S. President Barack Obama told the BBC in an interview excerpt that aired on July 23 that Britain must remain in the European Union to maintain its global influence.

Britain's EU membership "gives us much greater confidence about the strength of the transatlantic union," Obama said, adding the EU had "made the world safer and more prosperous."

British Prime Minister David Cameron, seeking to end a decades-old rift within his Conservative Party over Britain's place in Europe, has promised to negotiate a new settlement with Brussels and hold a referendum on EU membership by the end of 2017.

Obama added in an another excerpt from the interview that his biggest frustration was the failure to pass "common-sense gun safety laws" in the United States "even in the face of repeated mass killings."

"For us not to be able to resolve that issue has been something that is distressing," he said.