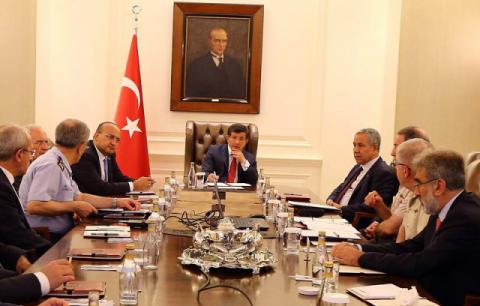 The Istanbul Police Department warned all of its units of possible attacks in crowded areas in the city, particularly on public transport vehicles, police buildings as well as vehicles used by security forces.

In a separate memo MIT warned of possible suicide attacks against members of the police force and the military, according to the Turkish news outlet.

The intelligence agency said that about 90 members of radical leftist factions had joined the People's Protection Units (YPG), the armed wing of the Democratic Union Party (PYD), which is the main Syrian Kurdish group fighting IS.

"The information regarding these potential suicide bombers was given to police officers stationed in southeastern provinces such as Diyarbak?r, Gaziantep, Hatay, Kilis and Mardin," todayszaman.com said.

Ankara regards the PYD as the Syrian branch of the PKK, which has  waged a guerrilla war in southeast Turkey since 1984 and is considered a terrorist organisation by the Turkish authorities.

The twin warnings on Monday followed new air strikes on targets of PKK militants in Mount Kandil, in northern Iraq, on Saturday and Islamic State in northern Syria on Thursday as well as police raids throughout Turkey against the two groups.

The Turkish army on Sunday blamed PKK militants for a car bombing that killed two soldiers in the town of Lice, in Diyarbakir province.

Turkey began bombing Islamic State targets after the jihadist group killed a Turkish border guard at the border with...