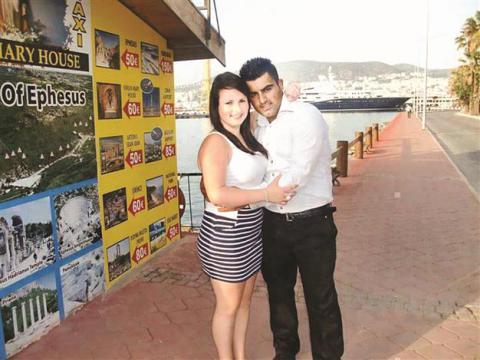 Turkey's Supreme Court of Appeals has approved the two aggravated life sentences handed down to a Turkish man who killed his Irish girlfriend's mother and one of her friends in 2011.

The 1st Criminal Chamber of the Supreme Court of Appeals approved July 27 the two aggravated life sentences ?zmir's 5th Court of Serious Crimes had given in 2013 to Recep Çetin, who was convicted of murdering two Irish women in 2011.

Shannon Graham, who was then 15 years old and on holiday in the Aegean resort town of Ku?adas?, turned to the police after she could not contact her mother Marion Elizabeth Graham, 54, and her mother's friend, Cathy Dinsmore, 50, on Aug. 18, 2011.

After an investigation, police arrested Çetin, who was Shannon Graham's boyfriend and whose identification card had showed he was 17 years old at the time, as the main suspect.

The bodies of the two women were later found in a forested area in ?zmir's Buca district with their throats slit.

As Çetin's identification card stated he was underage, the trial had started in a juvenile court but was later transferred to the court of serious crimes after a physical test proved he was older than 18.

The local court in ?zmir had ruled in 2013 for two aggravated life sentences for Çetin, while acquitting his father, Eyüp Çetin, who was accused by a secret witness of being an accomplice to his son in the murders.

The Supreme Court of Appeals approved the local court's decision without any changes.