Tsipras and SYRIZA rattled by ‘Plan B’ revelations 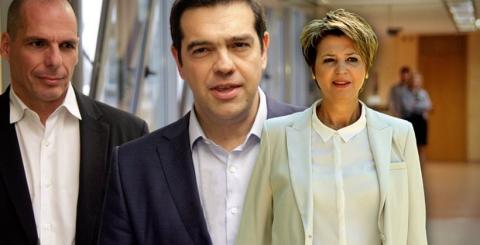 The Radical Left Coalition (SYRIZA) government stands awkwardly by as accusations fly against former finance minister Yanis Varoufakis over recent press revelations concerning a ‘Plan B’ for the Greek economy that involved hacking tax office software to create a parallel payments system in the case of a Grexit. Already, two lawsuits have been filed with the Supreme Court Public Prosecutor by Athens Lawyer Panagiotis Giannopoulos.

Lawyers want an inquiry into the legality of Varoufakis’ actions to determine whether he had committed offences related to privacy of personal data violations, state secrets, breach of duty and whether there had been a conspiracy created by the ‘team of five’ that the former FinMin had assembled.

Texas University Economist James Galbraith, Varoufakis’ mentor was part of the secret working group coordinated by Greece’s former FinMin. He said that there was nothing questionable about the group’s motives for exploring the ramifications of a possible exit from the Eurozone.

Greek Prime Minister Alexis Tsipras and other SYRIZA lawmakers are keeping a safe distance from the allegations.

SYRIZA spokeswoman Olga Gerovasili explained that Tsipras and the government had never actively sought a Grexit. She confirmed that the PM did explore what would happen in case of such an event however this examination was not connected to Varoufakis’ specific actions.

“The government and prime minister of the country were obliged to have a plan and know how to deal with a Grexit if others had pushed for this choice. As a line of defense, the PM was obliged to be briefed and have a plan for such an occurence. If he had not done this, he would have been an irresponsible prime minister.