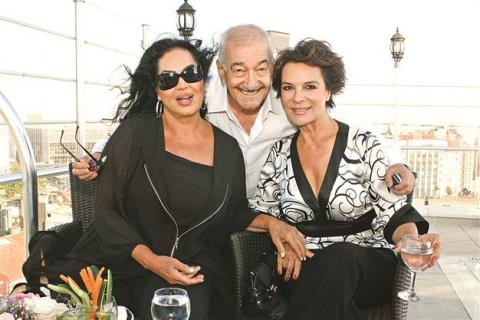 One of the world's most prolific screenwriters, Safa Önal, who broke a Guinness World Record in 2004 for having almost 400 scripts filmed, talks about his new projects. It would not come as a shock if one of the world's most prolific screenwriters was found to be working for Hollywood or India's gargantuan Bollywood film industry. But the truth is a bit more surprising and closer to home.

One of the most productive film writers in the world is an award-winning veteran of Turkey's popular "Ye?ilçam" movie factory.

Turkish screenwriter and director Safa Önal, 85, has been working in the country's movie industry for more than 60 years, even breaking a Guinness World Record in 2004 for having almost 400 scripts filmed.
"I never had such an intention or pretension [to break a Guinness record]. There is Hollywood and Bollywood. How could you compete with [them]?" Önal said.

The veteran screenwriter has two upcoming projects: one is a TV drama series which will cast prominent actor Kadir Inanir and the other is a feature film based on a short story by famous Turkish writer and poet Sait Faik Abasiyan?k.

The film will be shot on Burgazada Island, one of the Princes' Islands in the Sea of Marmara near Istanbul, where Abas?yan?k spent most of his life.

The film was an adaptation of one of Önal's stories and told the tale of a group of people trying to uncover treasure left from the ancient Byzantium era.

He found fame during the Ye?ilçam years, a golden age for Turkish cinema between the 1950s and 1970s when the country's film industry produced around 250 to...