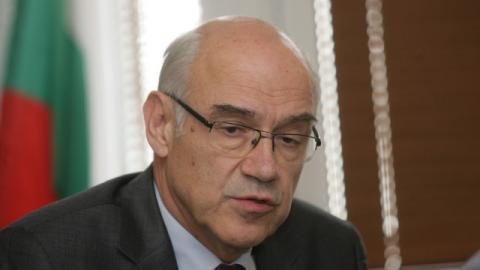 Ivan Ivanov, Chair of Bulgaria's Commission for Energy and Water Regulation (KEVR), has attributed calls for his resignation by employers' associations to attempts to protect corporate interests.

Employers' associations demanded the resignation of Ivanov after he announced KEVR's decision to introduce a significant power price hike for industrial consumers as of August 1.

In an interview for the Bulgarian National Radio, Ivanov insisted that these organizations were issuing manipulative statements and were catering to corporate interests in an unpardonable manner.

Citing calculations of the energy watchdog, he noted that electricity costs of bread producers amounted to 5% of the total, meaning that bread prices were supposed to go up by BGN 0.076 due to the newly introduced power price hike.

He said that he had not heard a single meaningful objection from employers' organizations against the increase from BGN 19.93/MWh to BGN 38/MWh in the "obligation to society" component of the power tariff for industrial consumers.

The Chair of KEVR reminded that the price of natural gas had dropped by a total of 20% and that the previous increase in electricity prices had seen household tariffs go up by 10% and industry tariffs by 1%.

Ivanov argued that the business sector had received preferential treatment for 2 years.

He was optimistic that the increased "obligation to society" component of electricity prices for industrial consumers would not hurt the operations of enterprises.