Women in Turkey work for self-confidence 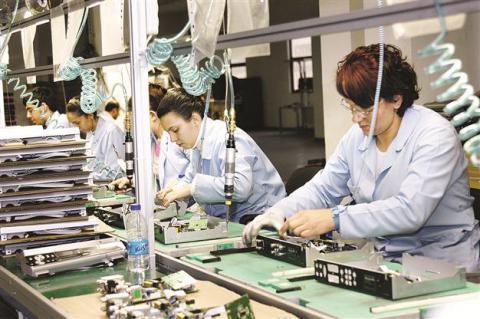 A new report by the Bahçe?ehir University Center for Economic and Social Research (BETAM) has revealed Turkish women believe work assures their self-confidence and financial freedom, contrary to the prejudice they work only as a financial obligation.

The research report, entitled "The Value of Work for Women," also marked that women in Turkey distanced themselves from business life as a result of the perception and practices promoting gender roles, identifying women with the home and child care.

According to the report, prepared by professors Hande Paker, Gökçe Uysal and Melike Kökk?z?l, only one woman among three has a position in the workforce.

The findings showed the cause of the low female workforce rate signified one of the most important structural flaws of the market.

For instance, in 2014 the women labor force reached merely 30 percent against other countries with a similar level of development, and this gap was larger for women with a high school degree. In Turkey, the proportion of labor force activity was 72.4 percent, even for women holding a bachelor's degree, while this rate came up to 82.7 in Greece, 86.2 in Spain, 90.2 in Sweden.