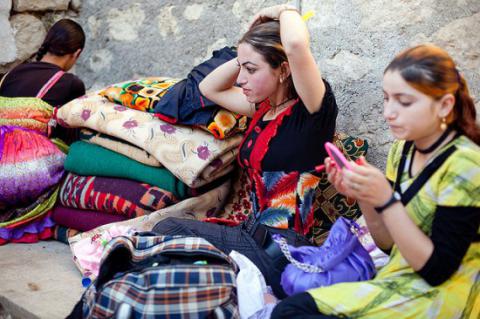 19 young girls have been murdered by the self proclaimed Islamic State (ISIS) for refusing to be raped by terrorist militants. According to a Kurdish official, the girls were being held captive in jihadist-controlled Mosul, Iraq. A UN report notes that the captive females can be sold or bought as sex slaves by up to six different men. The report reveals that most girl sex slaves are Yazidi or Christians, while the ages between 1 years old to 9 years old cost the most money in the sex trade. According to witnesses 3 Yazidi girls were repeatedly raped 5 times a day last month to force them to become jihadist fighters. Here is the shameful price list for selling or buying girls: