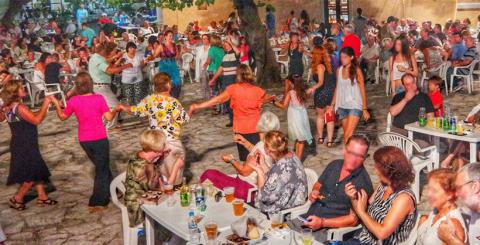 The feast of the village of Maritsa, on the western part of the isle of Rhodes in the Dodecannese, was marred by a visit by tax collectors. The three revenue officers went to ensure that regulations were being followed by the organisers of the festivities. Dozens of people attending the event were angered by the appearance of the officials and began to hassle the tax officers on duty with jeers and taunts.

A heated atmosphere lead to the arrival of the police who were called by the tax officials on duty. The Ialyssos police helped evacuate the three tax officers in order to avoid more unrest.

This is the second time that tax officers have been prevented from performing their duties on the island in a period of less than two weeks.

The Finance Ministry has been informed of the difficulty that officials on the island have when carrying out spot checks. The Prosecutor of Rhodes is carrying an investigation into the incident.