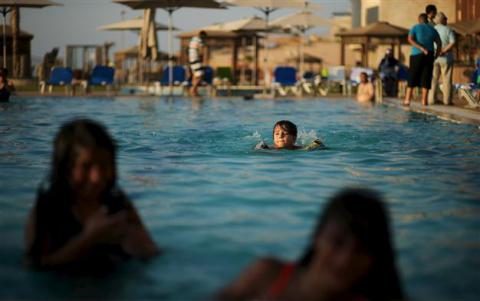 Four children have drowned in hotel pools in southern Turkey over the past four days.

Safa Boutadjine, 7, the daughter of a French family vacationing in a hotel in the Mediterranean province of Antalya, drowned after she entered an adult pool at the hotel located in the Çolakl? neighborhood in Antalya's Manavgat district at around 6 p.m. on Aug. 5.

Boutadjine struggled in the 1.5-meter-deep pool before she was taken out by nearby witnesses. She was taken to a hospital, but her life could not be saved.

In the Serik district of Antalya, a 10-year-old Russian boy named Sergei Odajiu drowned after he entered a pool at a hotel located in Serik's touristy Belek area around 12 p.m. on Aug. 5.

Odajiu was seen motionless in the pool and his body was taken out by witnesses and hotel employees. Odajiu was then taken to a private hospital in Serik, but his life could not be saved.

In the Kemer district of Antalya, Leyla Rzayeva, 6, an Azerbaijani girl vacationing with her family and relatives in a hotel in Kemer's Göynük neighborhood, drowned after she entered an adult pool at around 3 p.m. on Aug. 4.

Rzayeva was seen motionless in the pool and her body was taken out by witnesses and a lifeguard. Rzayeva was taken to a hospital, but her life could not be saved.

In the western province of Mu?la on Aug. 4, Tanzel Tuna ?endil, a 10-year-old Turkish boy, drowned after he had a heart attack in a hotel pool in the resort town of Bodrum, according to a medical examination of his body in the Mu?la Forensic Institute.

?endil entered the pool from a water slide around noon on Aug. 4, but his body was afterwards seen motionless by his mother Hülya ?endil. His mother took ?endil's body out of the pool, but his life...