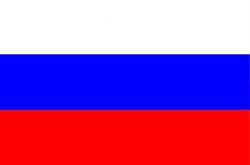 Gawellek was to assume duties on Tuesday.

The Russian Foreign Ministry, however, in what is called a "surprising" move, gave no reason for its decision.

Citing its own sources, Der Spiegel has described the development as a "tit-for-tat response" after Germany refused to let in a military attaché to the Russian Embassy in Berlin.

Earlier German authorities dined entry to Russian defense envoys after a routine inspection of their documents, citing their "unacceptable resumes".

Back in the 1990s, Gert Gawellek was the first-ever high-ranking officer of the German Democratic Republic's army to become a general in the military of united Germany (the Bundeswehr). Having graduated from the Military Academy of Moscow (then capital of the former Soviet Union), he is a fluent Russian speaker.

The latest developments come as EU-Russia relations have been strained since early in 2014 over the Ukraine crisis.

Russian Foreign Minister Sergey Lavrov has repeatedly warned its list of sanctions might include any official who supports what he calls "the coup" in Ukraine.

A travel ban was put in place last at the end of May including 89 EU officials, among them acting politicians (Prime Ministers included) and former ambassadors.