Morrocan women want to get rid of burqini, put on bikini on their own beach 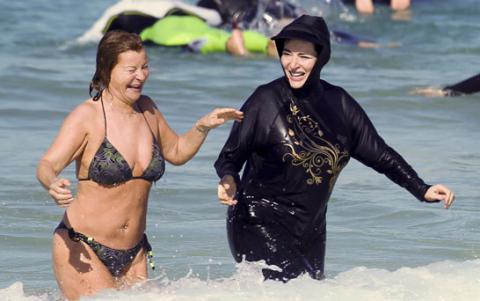 Female Moroccan beachgoers are calling for their own segregated beach. They want a beach reserved exclusively for them in the city of Tangier. Campaigners said they will demand the creation of this women-only section so as to conform with Islamic legislations that prohibit women to show parts of their body in public. The request has sparked debate.

* “Like men, we (women) also need a private place to cool off during the scorching summer months, without mixing with men.”
* “Sexual harassment is alarmingly increasing even in the streets –let alone beaches- women need a women-only beach to swim carefree.”
* “Mixing men and women is not accepted in the customs of the Tangier, which was and is still a conservative city that still separates men and women even in parties and wedding ceremonies”